Flagging Phone Calls Helps You Get Organized and Reduce Stress

This week, we’re pleased to feature Rachel Wolfson as a guest blogger. Rachel is a technology journalist based in San Francisco writing for Forbes, Bitcoin Magazine, The Merkle and other publications.

A study conducted by Informate, reports that the average American smartphone user makes about six phone calls per day. Considering the amount of calls we make and receive each day, it’s not surprising that forgetting to return calls is one of the most common problems faced in both our professional and personal lives. Even if someone leaves a detailed voice message or sends a reminder text message, it is still easy to forget to call someone back.

“I am awful at remembering to follow up with phone calls,” Ryan Gallagher, CEO of iovox, told me. “I get busy in meetings and keeping track of calls that I need to return is often difficult. Yet if an email comes in, I flag it and then I remember to follow up.”

The purpose of flagging emails is to help people remember to follow up. Yet what if that same logic was applied to phone calls?

As a solution to help people remember to return calls, iovox has created a mobile app that allows users to flag phone calls, acting in a similar way as flagging emails. Through the iovox app, users are able to flag important calls, take notes during and after conversations and organize call reminders on their desktop or smartphone. Notes can also be shared with others and placed into customer relationship management (CRM) systems used by businesses. 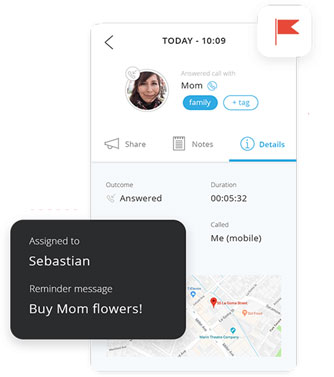 What Gallagher didn’t realize, however, was that the mobile app he created would also help his father overcome one of the most stressful times of his life, after falling victim to Hurricane Irma in 2017.

Flagging Phone Calls In The Real World“My dad’s house in Florida got destroyed by Hurricane Irma. Afterwards, he had to contact multiple insurance companies, local councils, adjusters, etc. Normally, he would have written all of this down. Through the iovox app, however, he was able to organize himself by flagging important phone calls and looking back at his conversations to remember what was discussed,” Gallagher said.

Ultimately, flagging phone calls allowed Gallagher’s father to become more organized and gave him the details he needed to interact with the insurance company with facts.

“My dad wasn’t worried. He had been in Florida 10 years and is handy enough to prepare accordingly,” Gallagher said. “Yet, what I didn’t realize was that the app we built would help him avoid countless headaches and potential frustrating moments to come after the hurricane hit.”

While using flags helped Gallagher’s father set reminders to return calls, flagging calls also gave him the option to assign task calls to other people. Moreover, after flagging each phone call, Gallagher’s father also chose to receive email reminders, adding an extra notification that helped remind him to follow up. Even if he forgot to see the flagged call, he was able to remember to return the call when he checked his email.

Adding Notes to Any Call. One Less Thing to RememberMoreover, Gallagher’s father would normally take notes during phone conversations to keep track of important points of discussion. Using iovox allowed him to take notes during the call by pressing the “notes button.” The next time a contractor or someone else called him, the notes from the last conversation would appear, helping him remember what was previously discussed.

“At first, my dad was making calls and taking notes with a pen and paper, then realized he got a popup from the iovox app, after every call. And then he phoned me and said, ‘…look I’m taking notes in the app and I’m flagging this to actually follow up with someone the next day.’ Shortly afterwards, he started using the desktop version too and he quickly became a power user”, joked Gallagher.

Less Stress, More OrganizationWhile it’s impossible to fully prepare for unexpected natural disasters or other stressful events, technological advances can certainly help ease the process of getting organized. Flagging phone calls and automating the entire process of talking on the phone is just one way to help everyone, of all ages, become better organized in both their personal and professional lives.

“We knew we were creating something valuable for people that spend a lot of time on the phone, but when my dad needed help and the app enabled him to get through a tough spot with more peace of mind, that made it all the more personal for me,” said Gallagher. 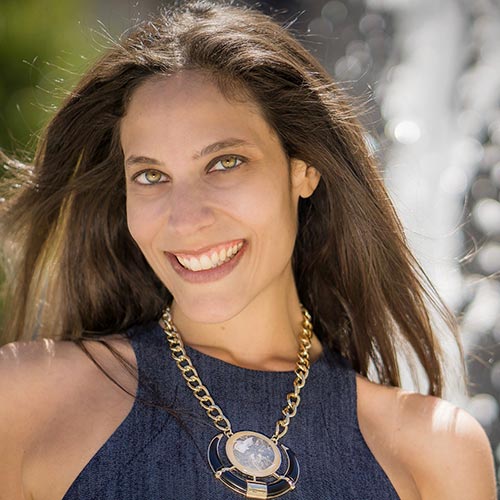 Rachel Wolfson is an entrepreneur and technology journalist based in San Francisco, CA. Rachel currently writes for Forbes, Bitcoin Magazine, The Merkle and other publications covering topics related to cryptocurrency, blockchain technology and women disrupting the world of crypto. She is also a correspondent for The Bad Crypto Podcast, which has over 4 million downloads on iTunes. Rachel has recently been named as an influential woman making headlines in blockchain by Entrepreneur Magazine.

Contact our team today to explore our products and solutions